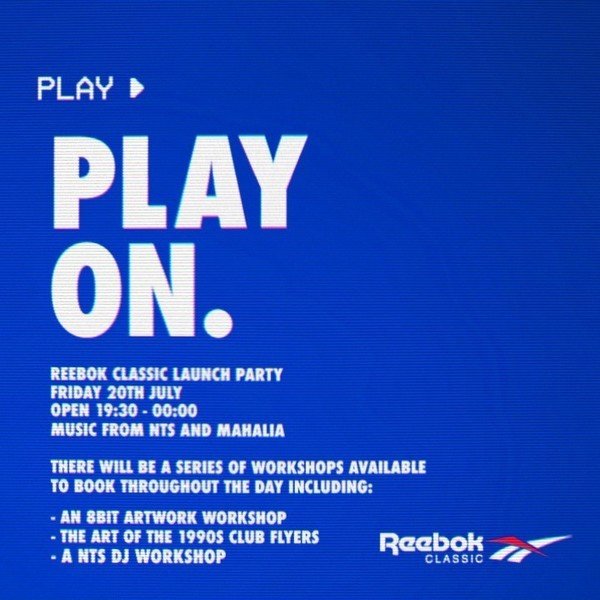 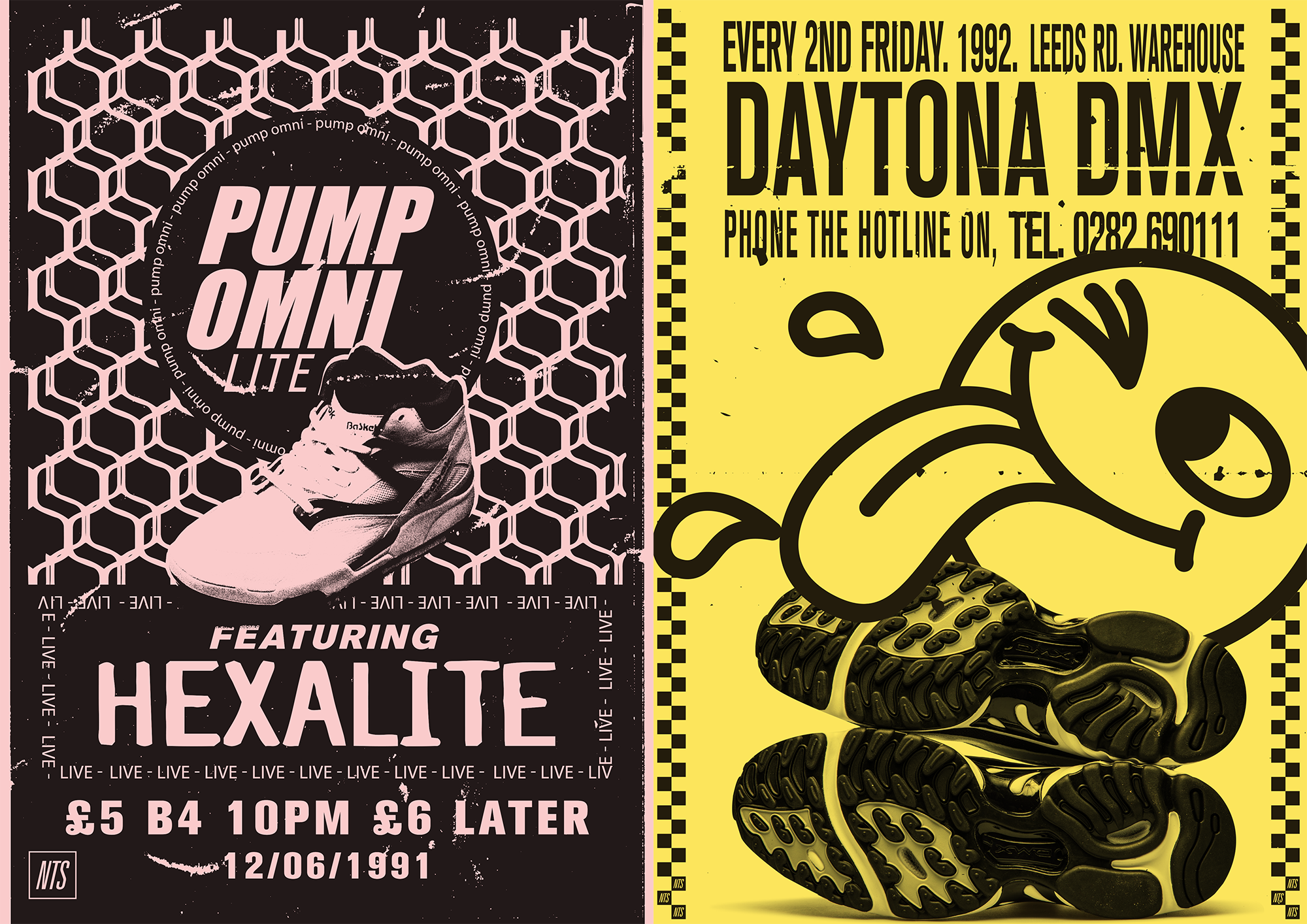 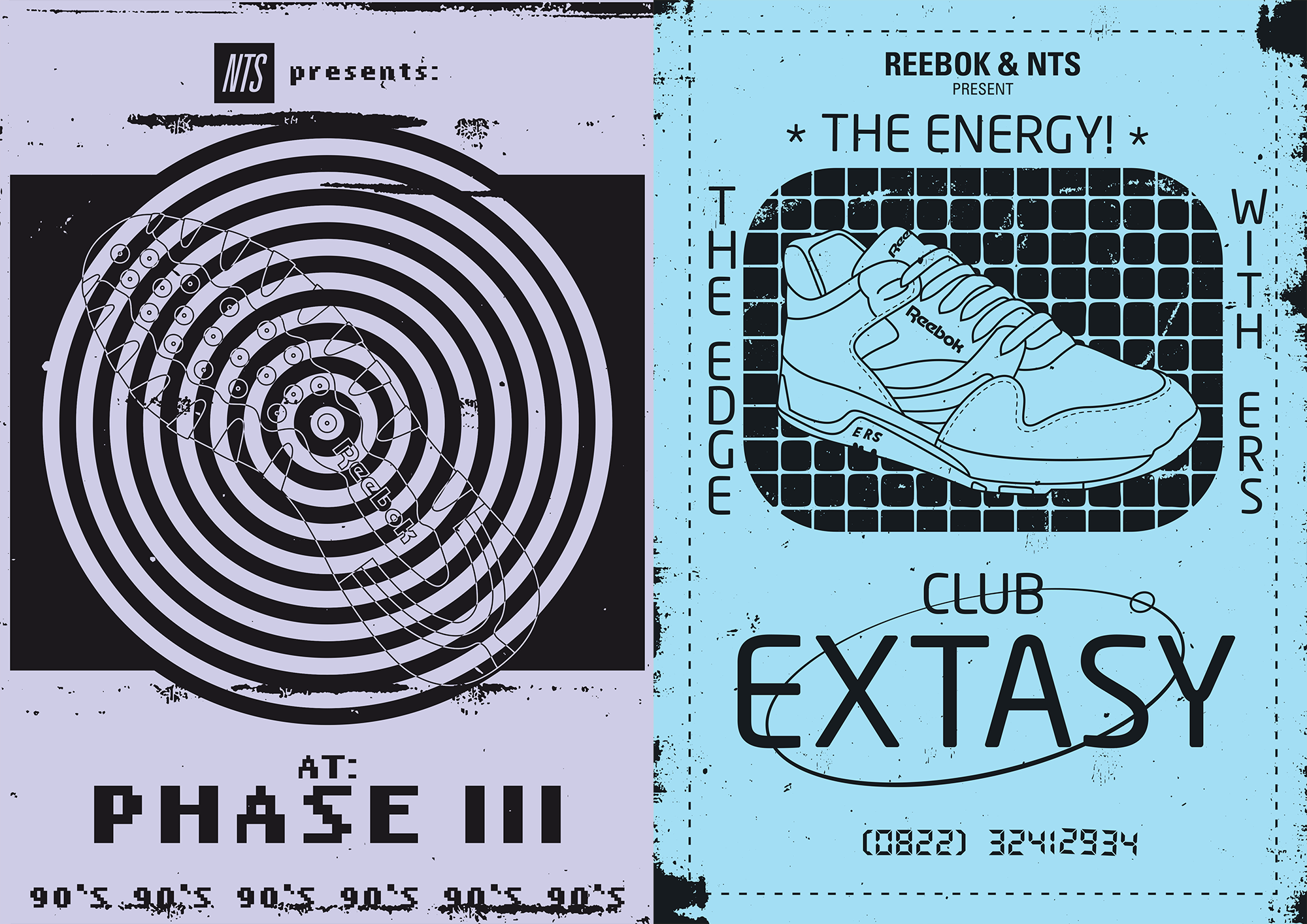 Poster designs for an immersive trip back in time to the 90s at OXO Tower Bargehouse, South Bank. A series of 10 posters for Reebok Classic to launch their reboot of their legendary 1993 outline ‘Aztrek’ for their ‘Play On.’ event.

The posters were an homage to the oldskool rave posters of the early 90s with plenty of rough textures, photocopier mistakes, crushed typography and bold iconography.

Elements from the various featured trainers were alluded to within the designs, such as the patterns of the Hexalite technology and DMX print alongside a visual language associated with the 90s illegal rave scene.

The posters were pasted throughout the top floor of The Bargehouse to decorate the NTS hosted music lineup including a headline set by Mahalia.

There event also a featured a room hosted by Hunger Magazine.

900 posters of my designs were given out to visitors at the event.

I also hosted a workshop for visitors to the event – participants created their own versions of retro rave posters using materials provided. 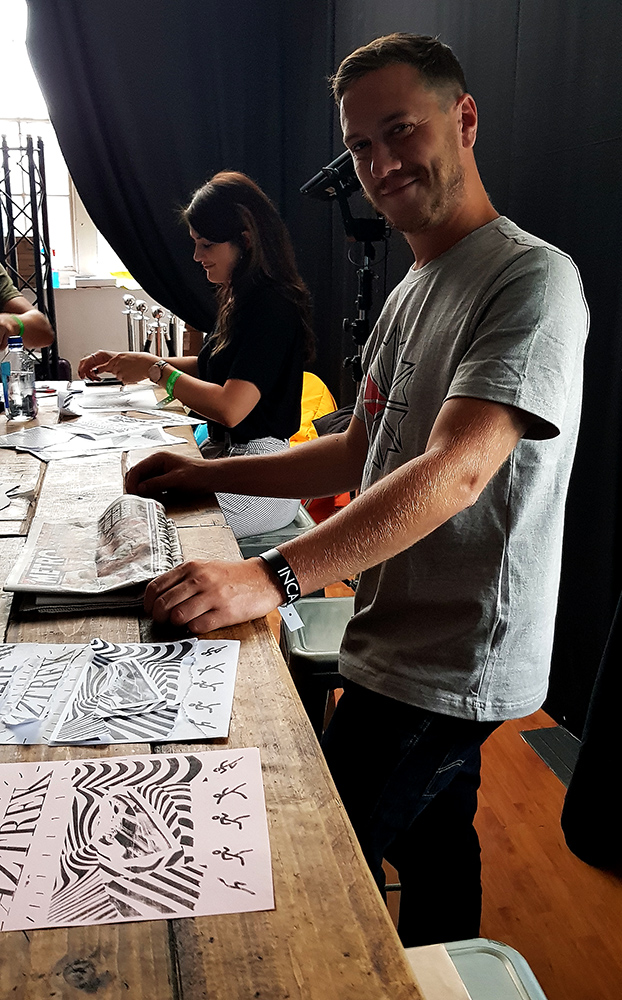 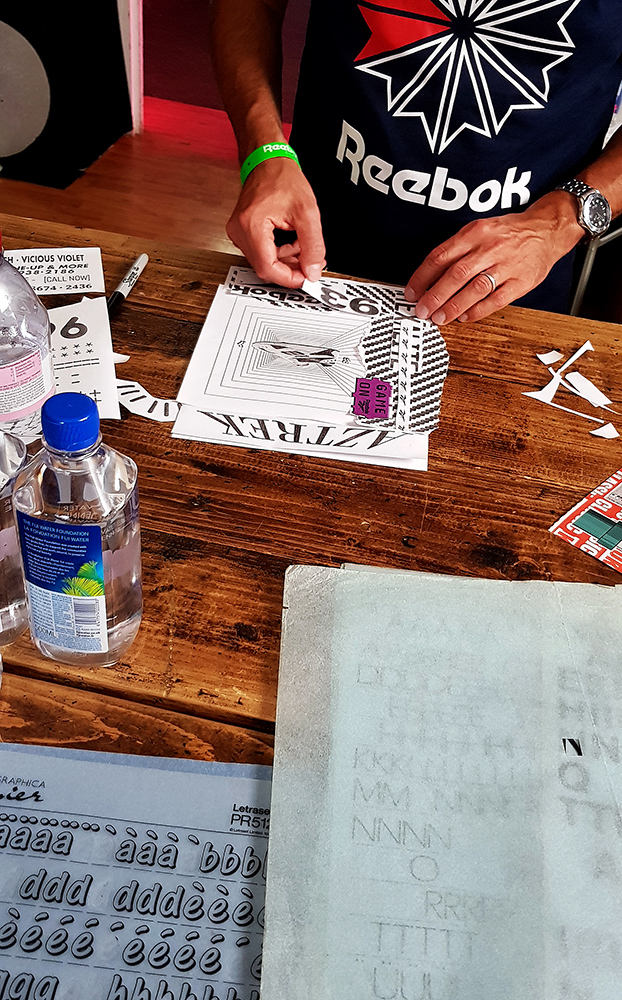 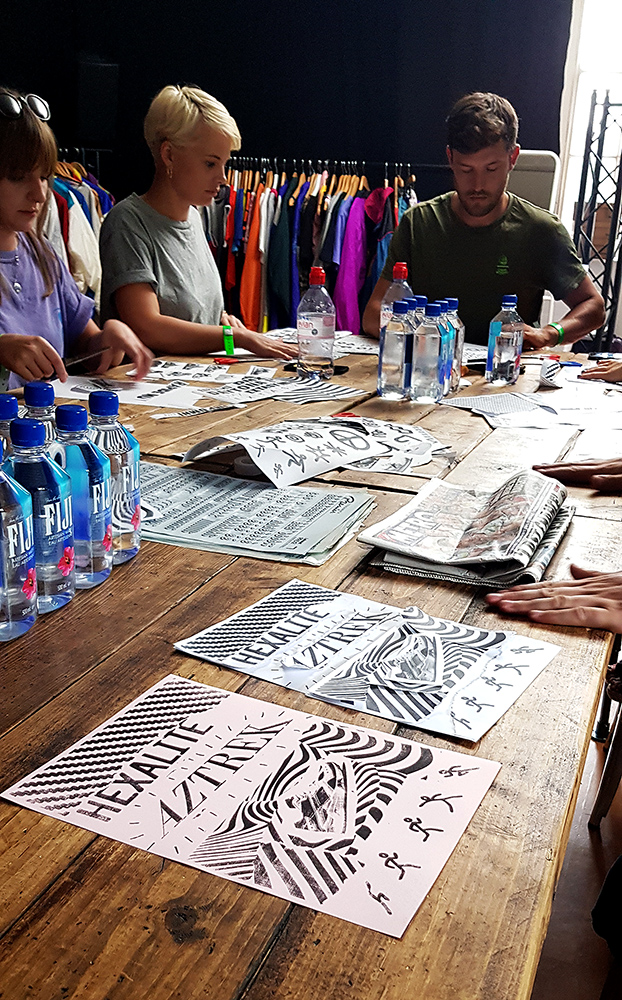